Written howlers are universal. We all make them. Either we don’t realise we’ve made an error in the first place, or we didn’t read what we’d written, or perhaps some fingers slipped, or – of course – we did it deliberately to attract attention. The latter can usually be spotted a mile away, and they aren’t very effective because they look so contrived.

It’s the others that are so attractive, largely because of the images they conjure up. And they happen to all of us. 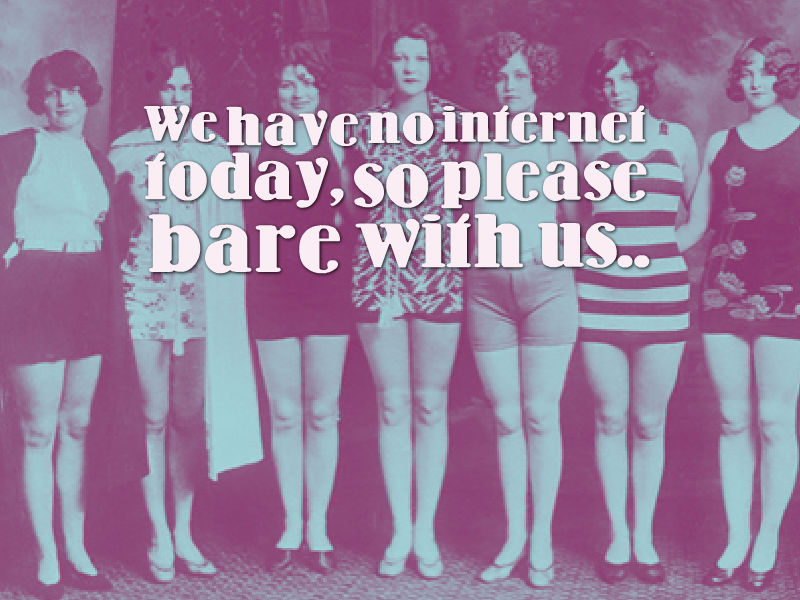 I say, girls, do you mind awfully if I don’t?

(I spot this one so often – it’s bear, as in carry, support, not the big furry animal with the teeth and the claws and the ability to catch salmon in Canadian rivers. Or, of course, bare, as in taking your clothes off.)

But does it matter? Really? If everyone’s making the same mistake?

Yes, it does. OK, the people who don’t know the difference between people taking their kit off and things which might need support and understanding (they may be the same, in some circumstances, like the naked man I saw running down a London street at 9 in the morning who clearly needed help, um, and a towel) – well, they won’t notice. But the ones who do spot the howler will probably think less of what you’ve written. It’s just not very professional. And, society being what it is, they are probably the ones with more money.

So there’s the justification for getting it right. But it would be a sadder world without:

(I’ll fess up; the urinating archaeologist was down to me. I missed hitting the ‘r’ in PEERING.) Or:

DRUMS. He may have been on drugs too, who knows, but he was definitely on drums.

Sometimes entire words are missing, which gives a whole new slant on a great literary classic, such as Moby Dick:

‘It was inspired by the true story of a sperm which had caused havoc, giving rise to many sea stories.’

WHALE. Definitely a sperm whale. Don’t really want to think about the alternative, but it casts an interestingly different light on Captain Ahab’s obsession.

Who am I to question the politics of underwear, especially when worn by General Franco?

I’ve taken to collecting some of these things on my Facebook page. Any contributions welcome – and you don’t have to admit to authorship…

Previous:
The cumulative effect of errors
Next:
The joy of words: collecting generalisations