I’m coming out of the closet here. I read fantasy. I read science fiction. 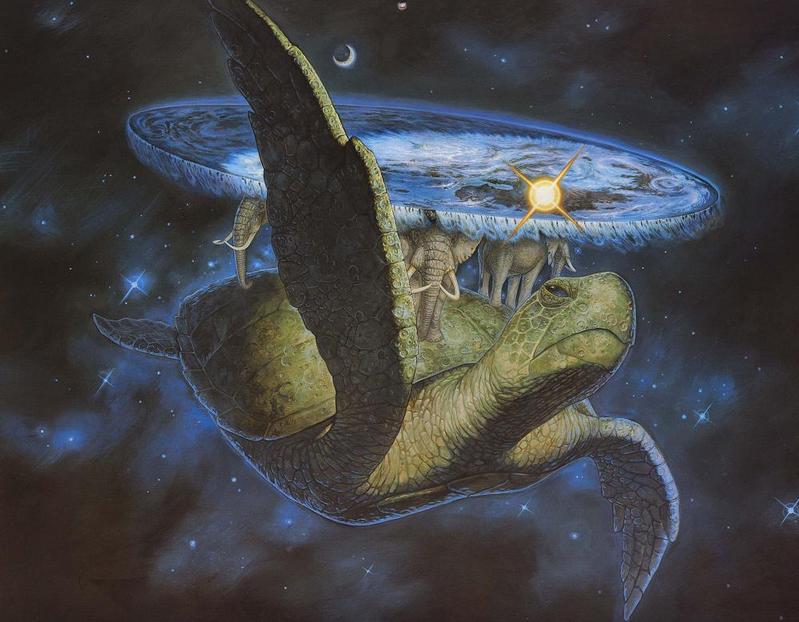 Not exclusively, and I’m very picky, but give me a flat(ish) world carried through space on the backs of four elephants standing on the shell of a giant turtle, and I’m there.

What with the relatively recent death of Terry Pratchett and series 5 of Game of Thrones airing, I’ve become involved in several, um, let’s say ‘discussions’ about the validity of fantasy fiction. Interestingly, most of the people who have been somewhat sneery about it are either academics or over 55 or both, and most have not read a single word of the work they’re happy to condemn: but why?

Some of them almost seem to take the very existence of books which fit into this category – however vaguely – as an insult, and get quite cross when I point out that most fiction is, well, fantasy. I’m fairly certain that Flaubert was not a bored wife playing with extramarital fire in rural Normandy and Arthur Conan Doyle was never pursued across a foggy moor by a gigantic hound.

OK, I’m quibbling: what my critical friends evidently meant to condemn was the genre, or rather their (now) outdated version of it. Fair play: when I worked in my first bookshop just before going to uni, we used to joke about ‘fantasy’. All the books seemed to have the same cover: a under-dressed woman with unlikely chest development, holding a huge sword, probably standing on a panther. And many of them were appallingly written: we used to see if we could read the last paragraph out loud without laughing. But there are bad books in any category (and while I’m having a little rant, hard-line categories are rubbish).

It’s a shame that at one stage I fell into the snobby trap too, because it prevented me from reading The Lord of the Rings until I literally had no choice – I was 17, ill, and had read everything else in the flat in which I was staying (it took about ten pages to turn me round). Given that I was brought up on an almost undiluted diet of fantasy – Celtic myths, the Mabinogion, sagas, Arthurian legends – my reluctance had to be due to intellectual snobbery. But at least I got over it.

It was almost the same with Pratchett. I’d been made – literally – to sit down and read The Colour of Magic. Not surprisingly I hated it, even though it was essentially a satire on the busty-woman-on-panther / elves-on-a-quest type of work. Then I ran out of books again, and was left in a house with all the Discworld novels: and they got me. But let me confess that I am a fan of the later ones, the savagely satirical books that cast an acerbic eye on our own world as well. And I consider Night Watch simply brilliant.

I suppose those two words – night watch – leads to Game of Thrones; well, it leads me. And I’ll just end by heaping praise on Stannis Baratheon: 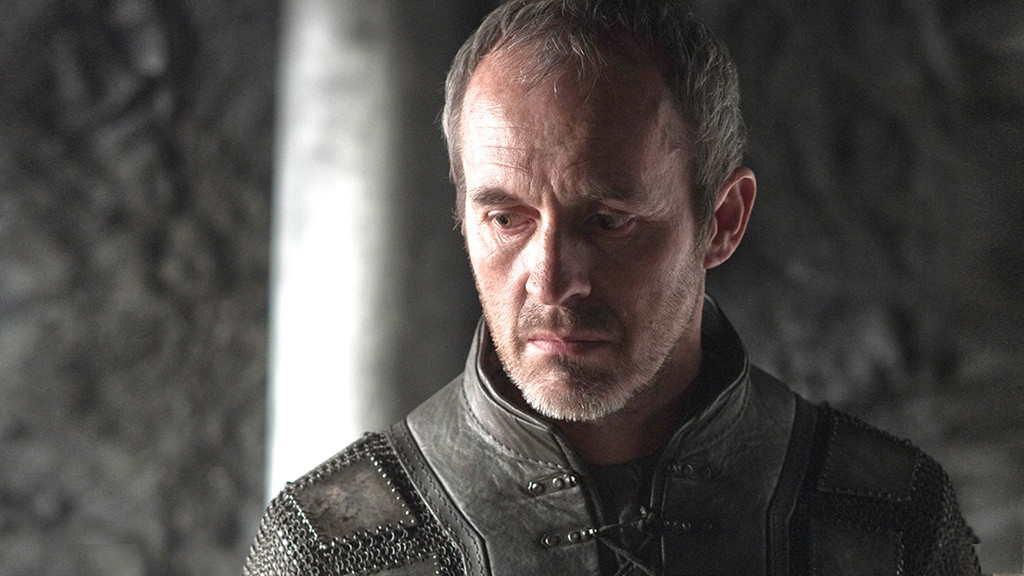 I must admit that I’d not found his character particularly sympathetic. I failed to identify with anyone from House Baratheon. I’d always considered myself more of a House Stark kind of woman, probably something to do with coming from the north (winter is coming).

But Stannis has won me over. In episode 5 of the current series, one of the brothers of the Night’s Watch says ‘Let them die! Less enemies for us.’ The camera pans to Stannis, who is muttering ‘Fewer…’. And it’s not the first time he’s corrected the fewer/less confusion, either.

It went down well on twitter, too: Stannis Baratheon, Grammar God.

Previous:
The joy of words: collecting generalisations
Next:
What kind of English do you fancy?